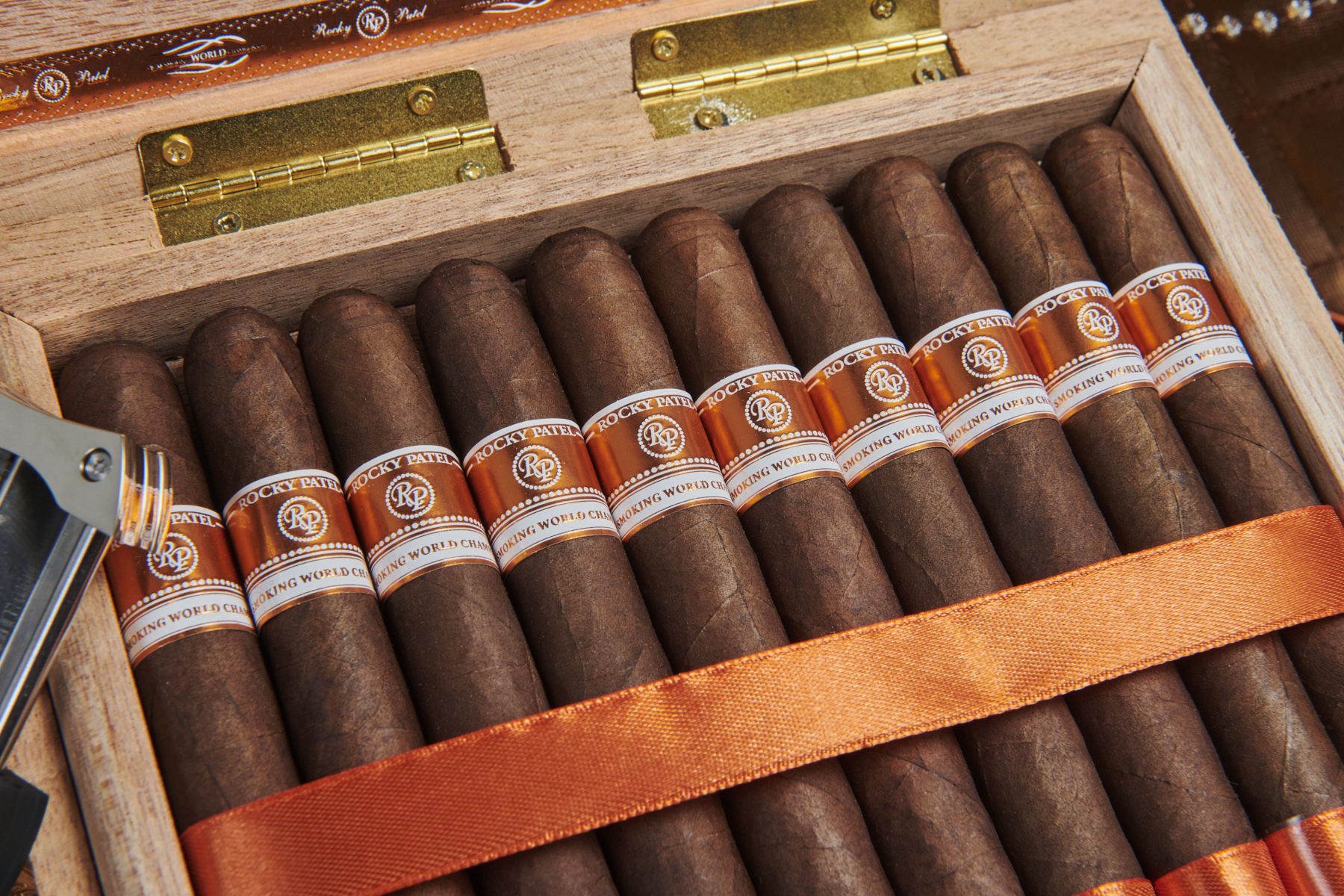 Rocky Patel became the official manufacturer of cigars for the Cigar Smoking World Championship (CSWC) and collaborated to create a blend to celebrate the occasion. This full-bodied blend features a Mexican San Andres wrapper, a Nicaraguan binder, and Honduran/Nicaraguan filler tobaccos. At the Championship, cigar aficionados compete in a slow-smoking competition to be deemed the top smoker of the year. Smokers have to smoke as slowly as possible without breaking the ash or burning the ring. Do you want to feel like you're a part of the competition? Buy Rocky Patel CSWC cigars!

Rocky Patel is one of the world's most renowned, premium cigar brands. Since the 1990s, Patel has been striving for perfection. It all started when Patel was just a lawyer in Los Angeles and was introduced to cigars. He quickly found passion in cigars and joined the Grand Havana Club. Shortly after, he invested in an opportunity to manufacture cigars and Indian Tabac cigars was born in a factory in Honduras called El Paraiso. Patel has worked incredibly hard to perfect the packaging, marketing, and blends of the brand, which has led to great success. In 2003, the company name changed from Tabac Cigar Co. to Rocky Patel Premium Cigars as Patel began to focus branding on himself. The company's first brand featuring the Rocky name, Rocky Patel Vintage cigars, became their flagship cigars. Buy the Rocky Patel Cigar Smoking World Championship cigars, for sale at Cigar Country!

Unique Blend Attributes: Rocky Patel Cigar Smoking World Championship cigars were created as a collaboration between the brand and the CSWC.

You should also try Rocky Patel White Label cigars. To explore all blends, return to Rocky Patel Cigars. You may also return to the homepage.